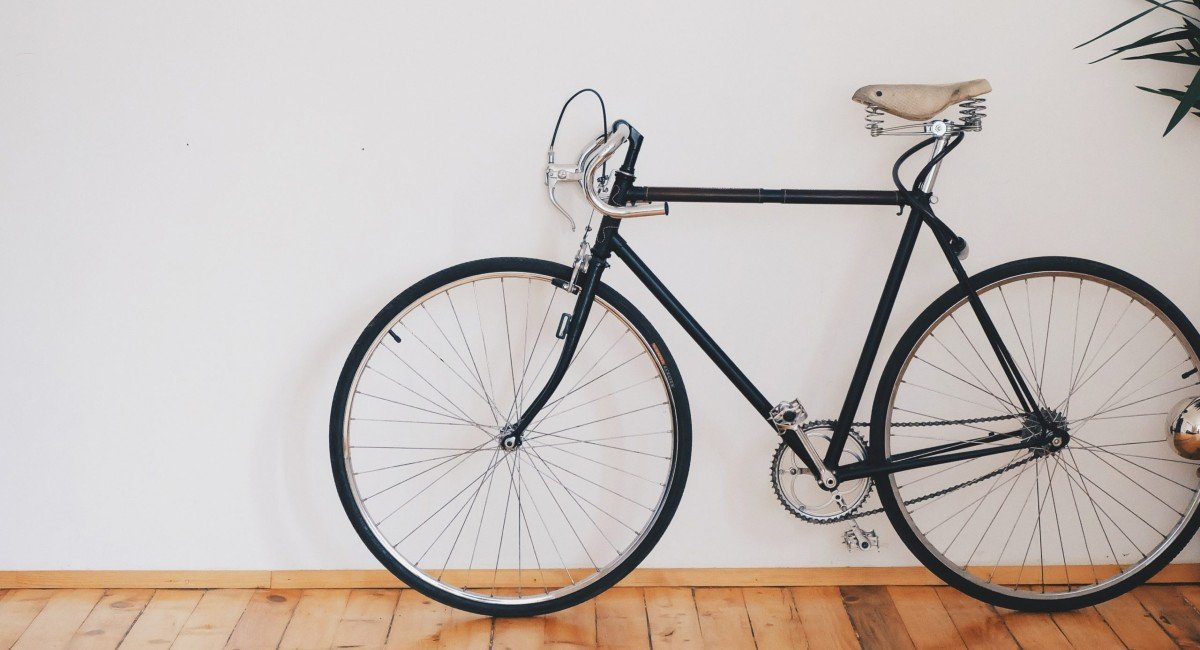 Here at Thrive we have been talking a lot about climate change and the drive to net zero. I cannot stress enough what an important topic I feel this is. So many of the other social and community endeavours our clients undertake will become harder, more expensive and less effective if we are also suffering from major climate break down.

While I feel strongly that we need societal change to lift us from the environmental doldrums it is however, important not to lose sight of what businesses and individuals can do immediately, on a daily basis to make a change. Many companies, large and small, can often struggle with what steps they can take right now to make a difference and so today we are giving you some inspiration, some hope that you too can be a part of the change – now.

Read more about what you as a company can do to help achieve the net zero goal.

One company who has taken on the challenge to do more is the Bbi Group. They are tracking all of their social and environmental activities with the Thrive software and the ImpactUK metrics which means not only can they see the impacts of their commercial decisions, they can also look at where they can make further change and where it will have the biggest impact.

But not only that, they have decided to bring their environmental ambitions in house with an initiative called Green Thursday.

Bbi Group are a design led commercial fit out company operating throughout the UK. They specialize in commercial and industrial business interiors, from conceptual design and feasibility studies through to full interior construction and client migration. This puts them in the prime position to influence and inspire clients to adopt lower carbon processes. With many touch points with other companies, the team at Bbi have decided to ‘walk the walk’. Not only do they seek out sustainable materials in their refits and interior design briefs, they are active recyclers when it comes to dismantling existing premises and operating with the ‘reduce reuse’ mantra wherever possible. It is important for a company with so much visibility across a large portfolio of clients to show that it is possible to operate sustainably and implement a successful carbon reduction plan.

To take this further, Bbi recently decided to get the employees further involved. With many of us spending 40 hours or more a week in our jobs, they spotted a real opportunity to educate both staff and families in the need to act more consciously. If they could change the habits in the workplace, those habits could be taken home and suddenly a whole family can implement change. This is what is needed if we are to change the mindset of a generation, to act more responsibly and to take care of our planet.

So what is Green Thursday?

Green Thursday is a day a week that everyone is encouraged to make a change – from adopting a new habit, to ditching an old one. The company acknowledged that they had corporate processes in place to operate sustainably, but at a personal level they knew they could do more. A recent drive to learn about World Earth Day left some team members so disheartened by the shocking facts that they felt compelled to act immediately and to rally the staff to get involved.

Choosing one day a week for a ‘green’ activity gives it more chance of working. They fully acknowledged that asking everyone to cycle to work 5 days a week for example, was both unachievable and could possibly dent morale as it became another lofty goal not reached. So, making it one day a week, and giving staff plenty of options on what they could choose to do, meant that everyone had the chance to both make a difference but also learn a new behaviour that might stick beyond the office.

Green Thursday has only been running for 3 months so far, and yet so much has already been achieved. BBI Group Managing Director Adrian Bateman says

“I have been very impressed with the energy and enthusiasm that the staff have demonstrated in supporting Green Thursday. Every staff member has become involved in making changes on a personal level and we are keen to build on the momentum of the first 3 months to see how much we can achieve in 12 months.”

To have top down support in an initiative like this is important. Staff need to feel both empowered to make a change and given the support required to make those changes practical. 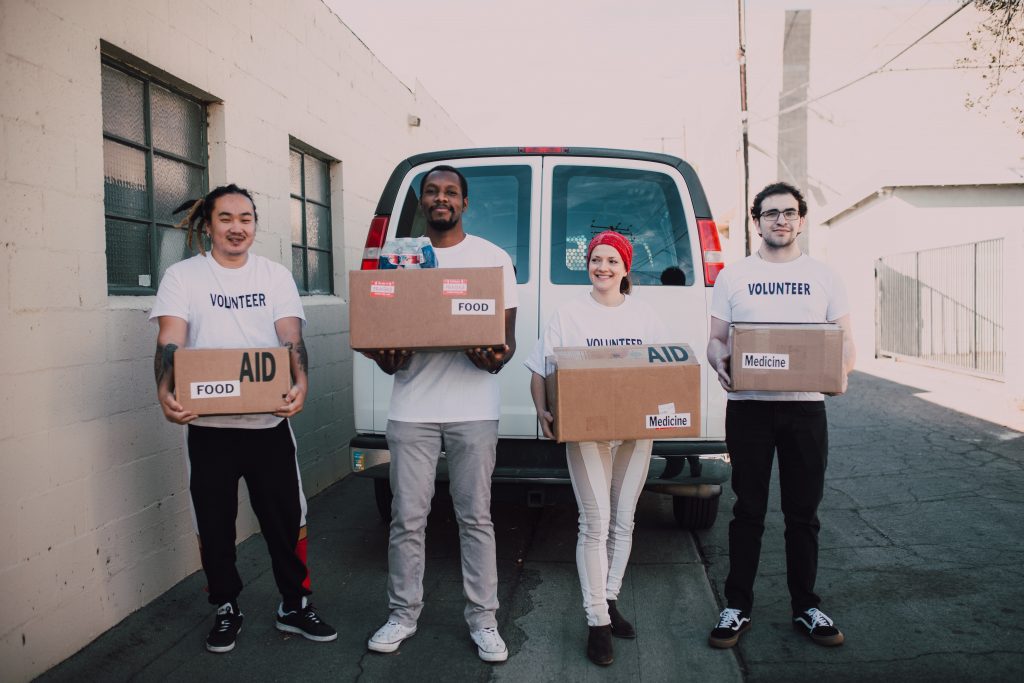 So what has Green Thursday achieved?

Some of the more permanent, ongoing initiatives are:

Reducing shop bought lunches – by bringing your own lunch you reduce unnecessary packaging, especially plastic bottles and wraps. While seemingly a small change, this is in fact a very important one as it not only changes a ‘convenience’ mindset, it also addresses the huge waste problem we contribute to daily. According to environmental charity Hubbub, British workers’ ‘lunch on the go’ habit is generating 10.7 billion items of packaging waste annually – 276 items per person. You can change this. Learn more at Food Savvy.

A meat free day each week – there are many reasons why reducing our meat consumption is good for the environment but one fun fact is this – By having one meat free day per week for a year, you save the equivalent amount of greenhouse gases as driving from London to Edinburgh. Calculate how much CO2 you could save and learn how to get more involved with Meat Free Mondays, the brainchild of Paul McCartney.

Walking to work – where possible employees now walk to work, at least on Thursdays. Naturally this cuts down CO2 emissions but also has endless health and wellbeing benefits. And where employees cannot walk to work, they can…

Cycle to work – This may seem obvious, but in fact Bbi Group are trying to make this as easy as possible for staff by organizing a Cycle To Work Scheme. With this scheme, employees can purchase a bike and pay via salary sacrifice deductions over a year. This works out cheaper for them, as the money isn’t subject to tax or national insurance, so it makes the bike significantly cheaper than if they purchase it themselves from their take home wages.

Cycling the last 10km to a meeting – one staff member took the cycling initiative one step further and decided to cycle the last 10km to an appointment in Cardiff. Well done Simon Jones – my only question is – did you cycle back again?

And for those who still drive, the office encourages the practice of driving more fuel efficiently – this means driving a little slower than normal to minimise unnecessary fuel emissions. Employees are given the time needed to drive more slowly to meetings or sites, and not just on Thursdays!

Recycling – Waste bins have been removed from the general office areas and more recycling bins have been provided to make employees think before throwing it in the rubbish. This has seen a significant increase in the amount of recycling created from the office.

And to continue the recycling theme, confidential papers which are shredded are now being taken home by employees and used as pet bedding.

On this note, there has been an extensive wild flower planting session outside the office, which began of course – on a Thursday.

Fallen trees around the office have been cut into logs and used to create a Bug Hotel, supporting local insects in an urban area. Many insects are responsible for the pollination of flowers and providing them a home to shelter from the weather, or predators is essential in maintaining biodiversity. Read more about why you might want to build a bug hotel.

Do you have your own equivalent of Green Thursday? We would love to hear what you and your staff are doing internally to lower your carbon footprint and make sustainable changes in the workplace. And if you are struggling for ideas, check out our top 5 ways a business can reduce their CO2 emissions for some inspiration you can act on today.